Adventurers of the Sindbad Seas at Marco Polo 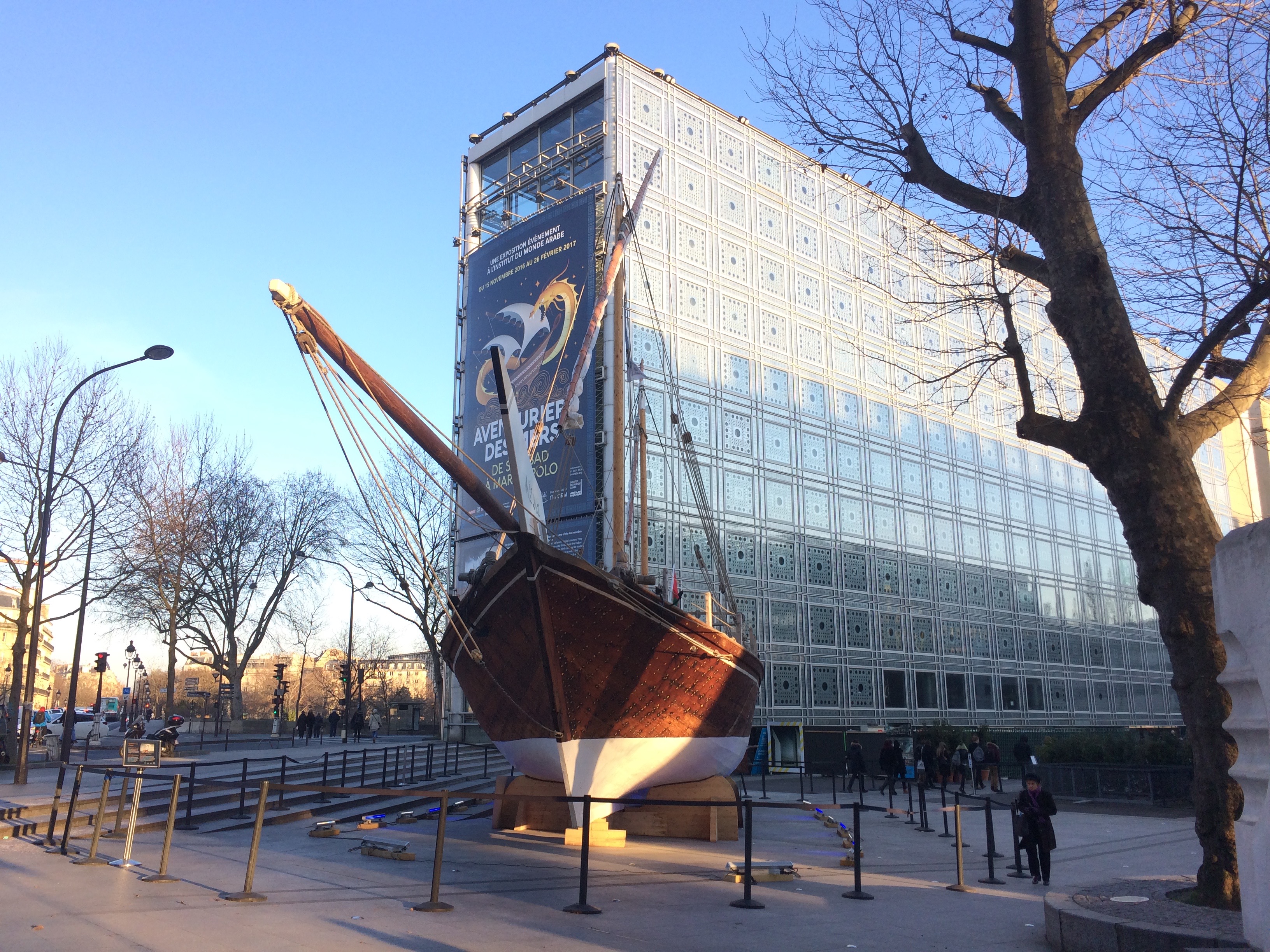 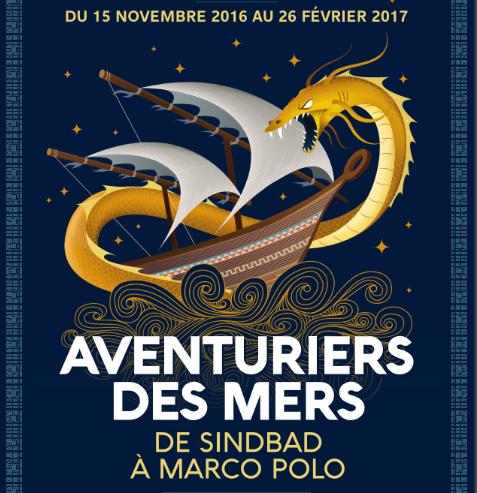 A Maritime Epic at the Institut du Monde Arabe, Paris

An immense wave projected onto a giant screen greets the visitor at the entrance to this exhibition, inviting them on a voyage in time as well as on the seas. A trip that evokes the legendary sailor, Sindbad, but also the geographer Al Idrîsi and even Ibn Battuta, a passionate explorer who travelled no less than 100,000 kilometres in the fourteenth century! In the West, Marco Polo, Christopher Colombus and Vasco di Gama remain the uncontested leaders.

The journey through the exhibition is punctuated by travel stories recounted by a genie who lives in a ‘magic box’. Extraordinary stories of maritime trade and incredible discoveries take the visitor from the Mediterranean to the Indian Ocean all the way to the China Sea.

The Sea: A Fascinating Universe

From time immemorial, man has feared the sea. This expanse is as fascinating as it is threatening and dangerous, containing mysteries that are still not fully explained today. This is a universe that has nourished man’s imagination for centuries. Thus we meet Sindbad the Sailor of The Arabian Nights, a legendary character who encounters monsters and mythical creatures in his travels, such as the Rukh bird, described as being a bird so big that when it spread its wings, complete darkness fell over the whole land! 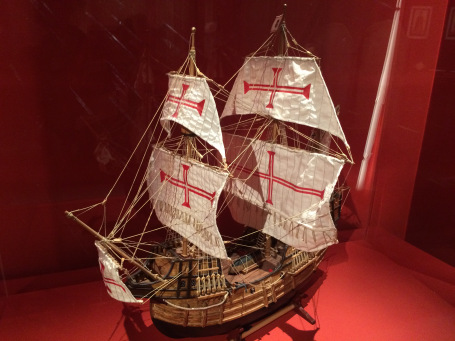 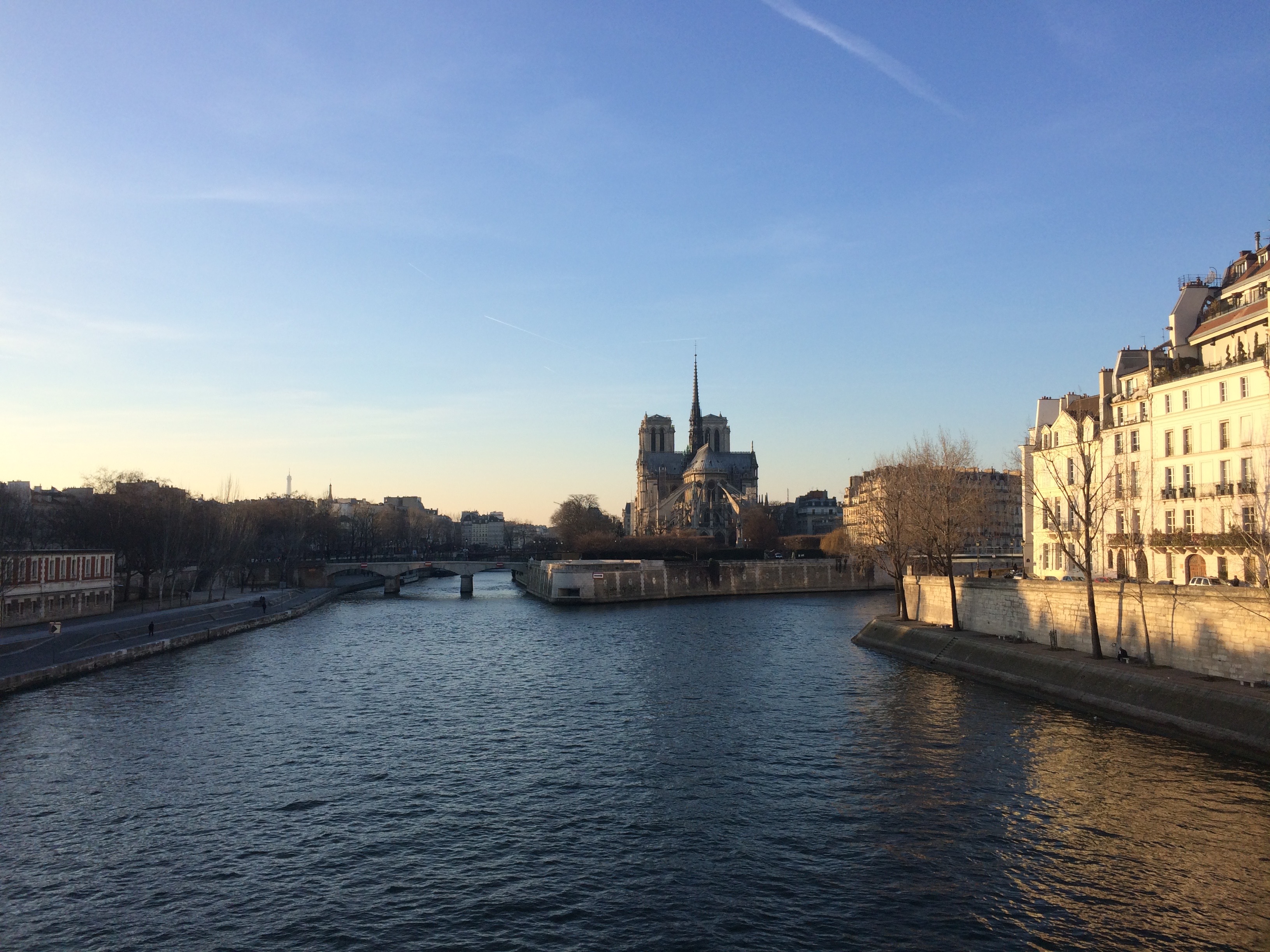 This fascinating universe is illustrated with objects of art depicting marine monsters, but also by real skeletons such as the impressive tiger shark jaws on loan from the Museum of Natural History.

The Art of Mastering Navigation

This exhibition is not only about myths and legends. The visitor is also informed on the knowledge that sailors have acquired throughout the centuries; maps, globes, astronomical charts, but also various instruments of navigation which served to ‘navigate’ in the desert as well as on the seas.

We discover the Al Idrîsi, a Muslim geographer who lived at the beginning of the twelfth century and on whom King Roger II of Sicily called to create a planisphere, a titanic task aimed to represent the sum of geographical knowledge of the era.

Arabs are strongly associated with the desert and its caravans. We tend to forget that they were once masters of the sea. For centuries, the Arabian Peninsula was the hub of trade between Asia, Africa and Europe. Spices, fabrics, ceramics and other precious goods passed between the Mediterranean and the Indian Ocean.

Marco Polo first set sail from his native Venice aged 17 with his father and uncle. It was at the request of the Great Mongolian Khan Kubilai that he later explored Asia. This monarch, who reigned over the Chinese empire at the end of the twelfth century, entrusted Marco Polo with several missions, including the safe transportation of a Mongol princess to Persia, where she was promised as a bride to the King. As travel by road was considered too dangerous, the convoy took to the sea under the command of the famous Venetian explorer. 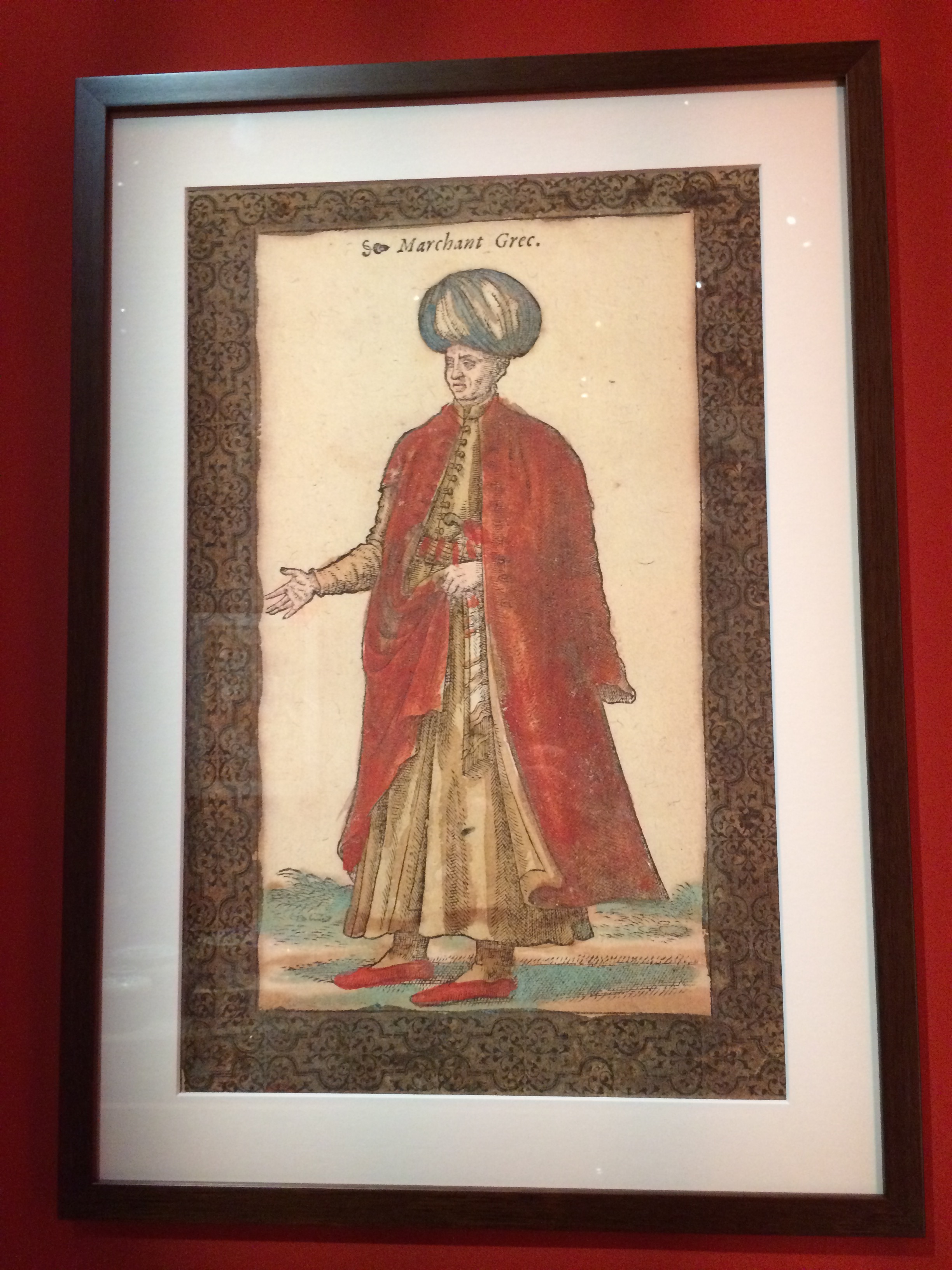 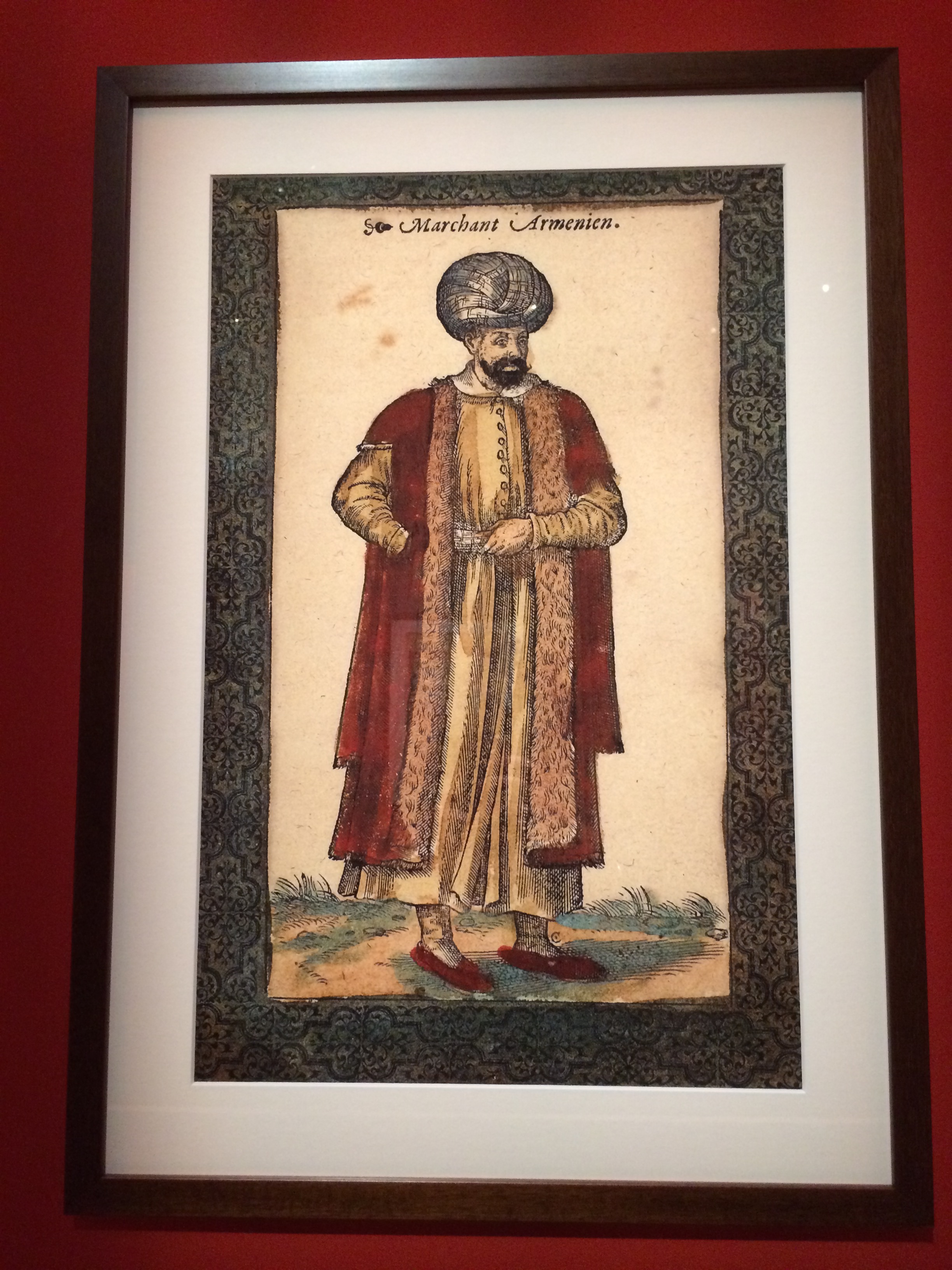 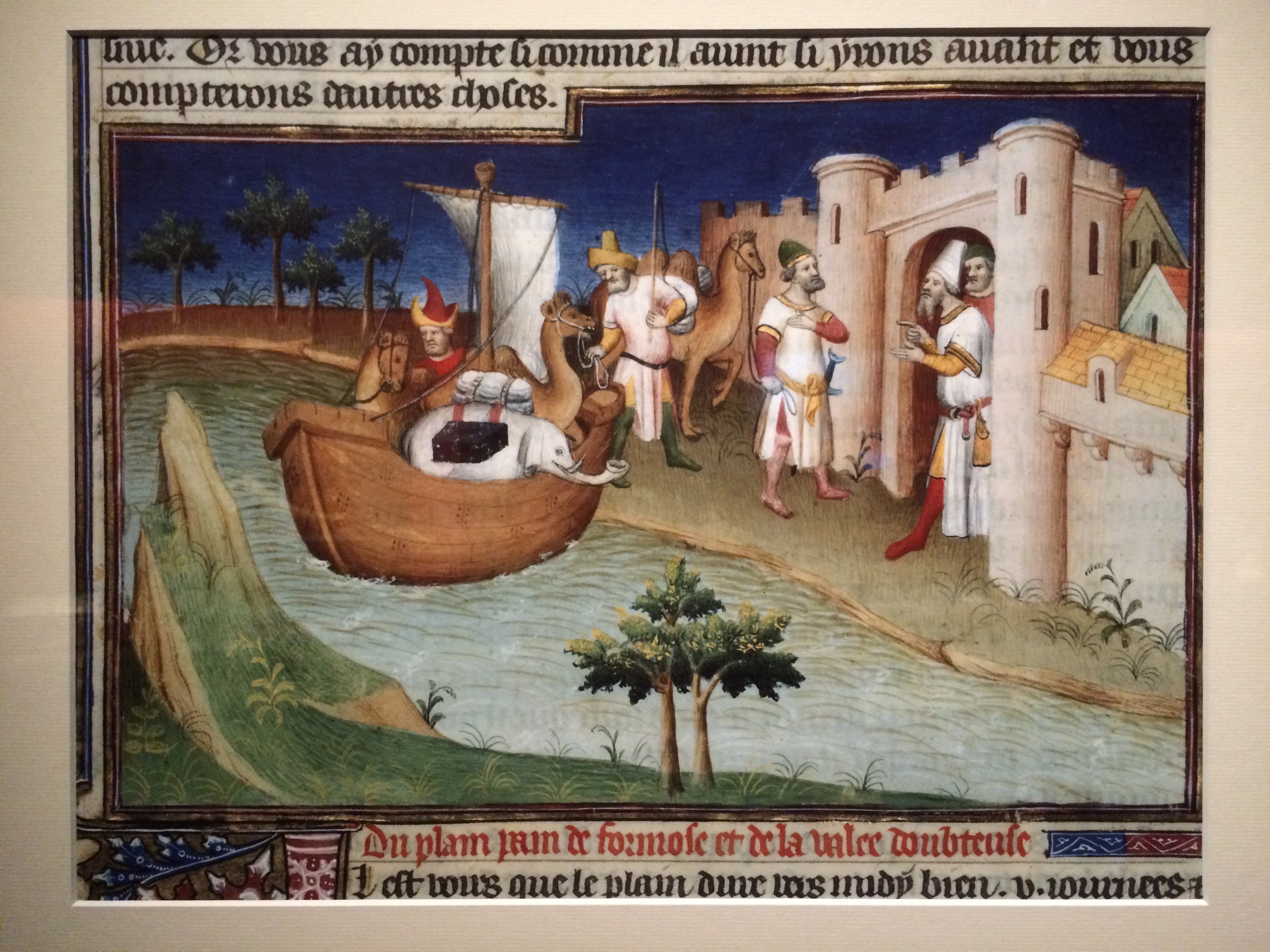 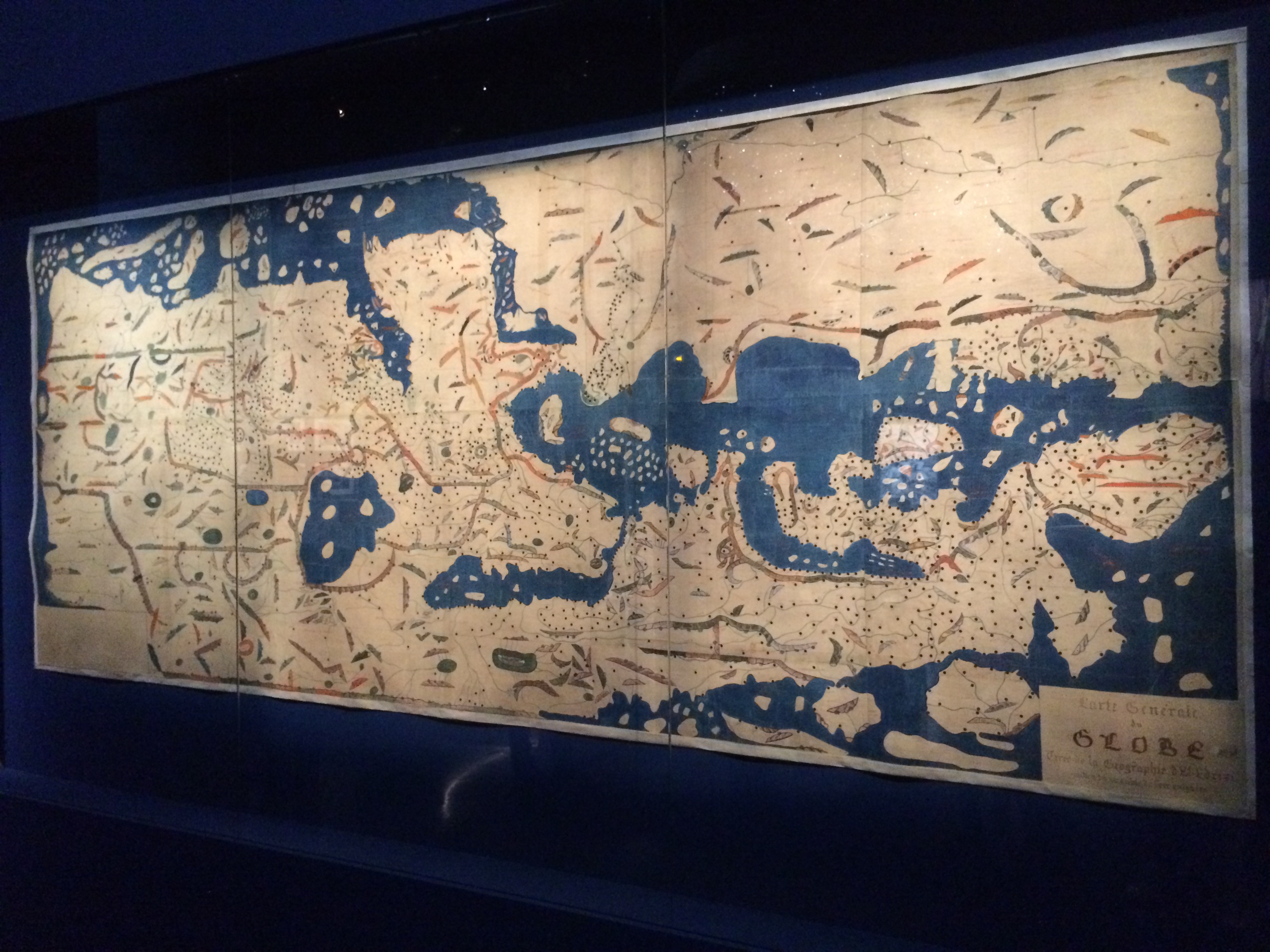 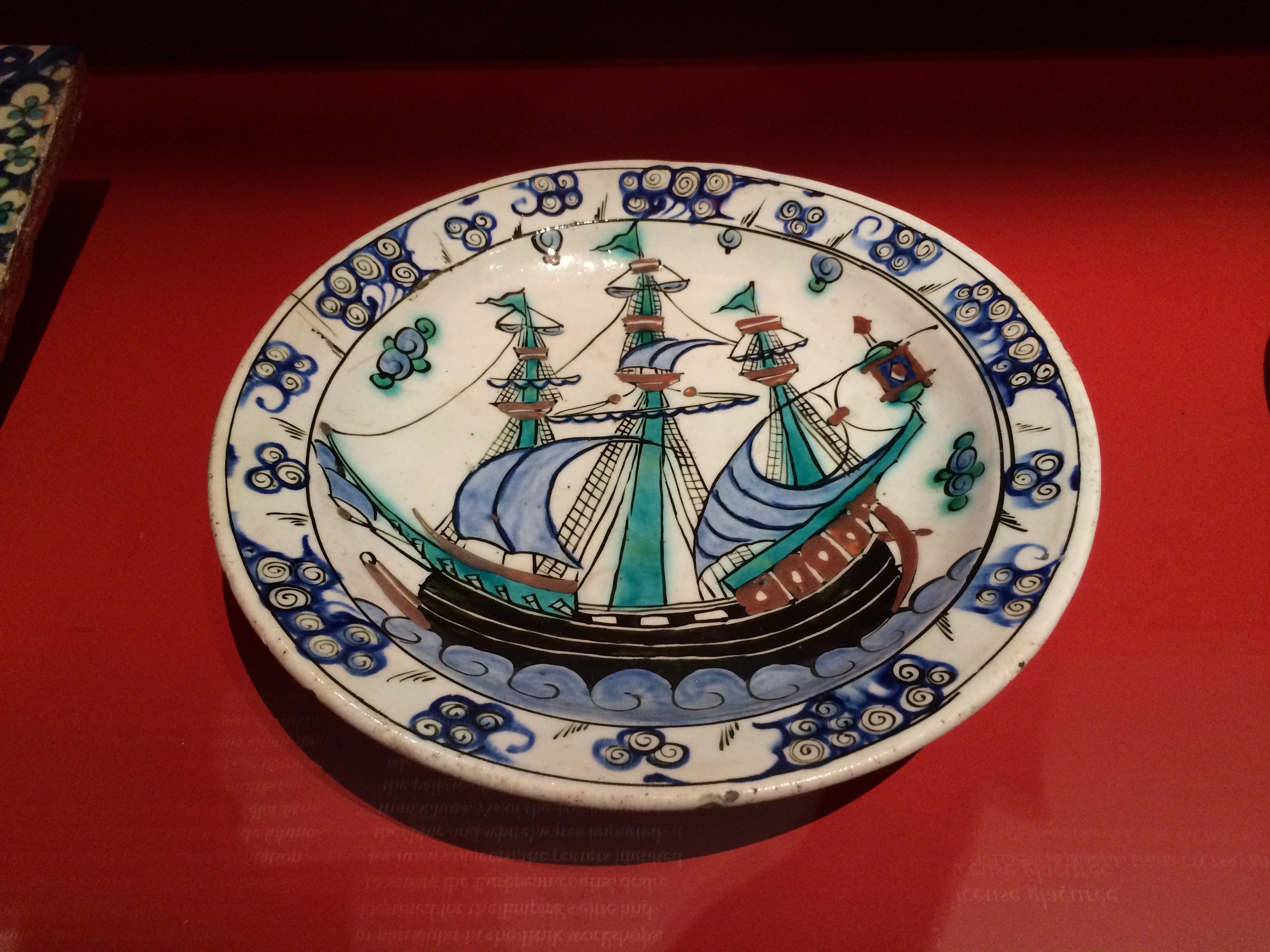 To circumnavigate the maritime space controlled by the Muslims, Christian rulers sought a new route to the Indies. In doing so, Christopher Columbus discovered America while Vasco da Gama reached the coveted land of the East, successfully sailing through the treacherous Cape of Good Hope, thus becoming the first European to reach India by sea. This feat made Portugal the first commercial empire in the Middle East.

‘Adventurers of the Seas; from Sindbad to Marco Polo’ took place at the Institut de Monde Arabe from 15 November 2016 to 26 February 2017. For the occasion, a full-size Omani dhow was displayed on its forecourt! These small Arab sailing boats built entirely of wood were originally used for local trade and pearl fishing. The ‘stranded’ dhow in front of the IMA was one of the last to be built in the Sur shipyards of Oman in 1992.