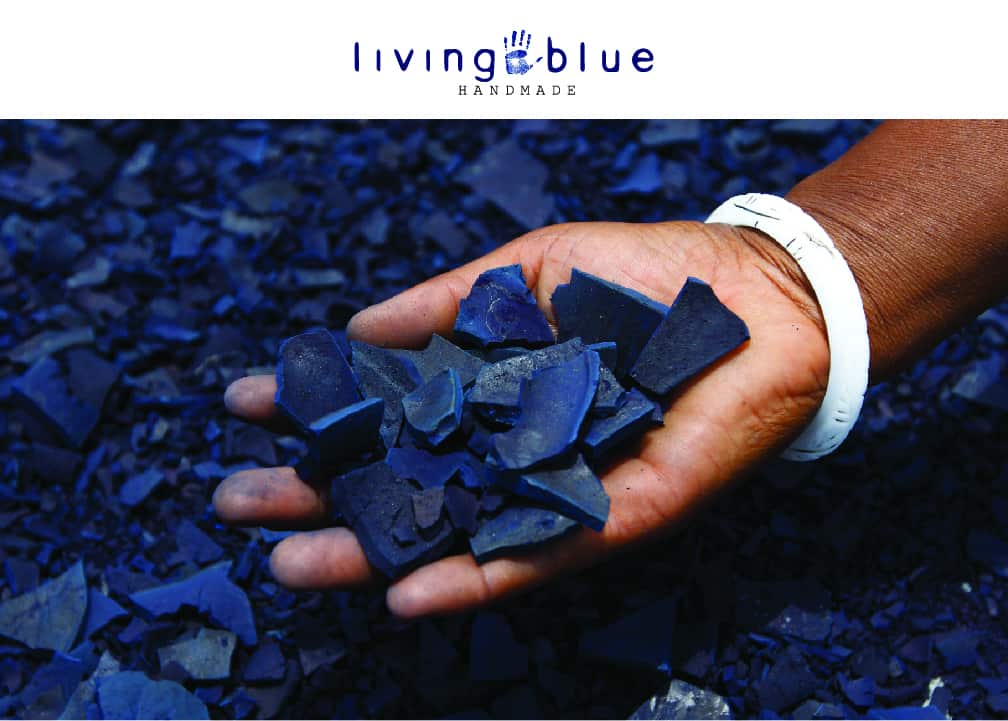 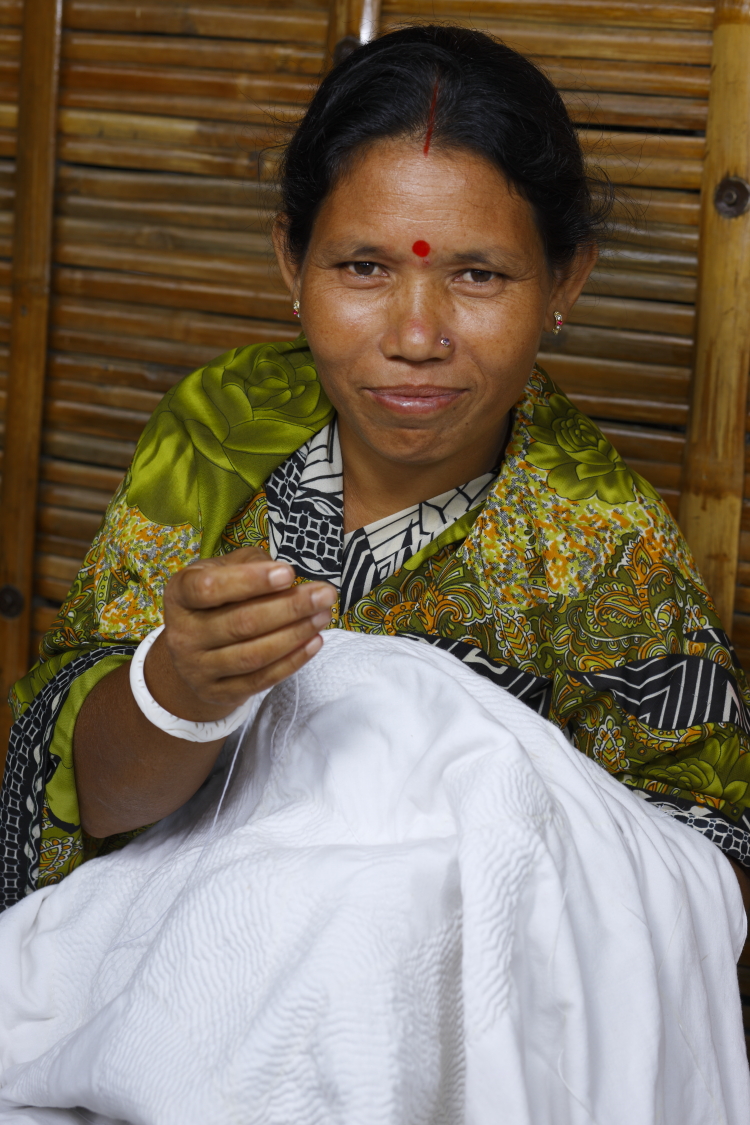 Mention Bangladesh and the first thing that springs to mind is probably mass-produced fast-fashion garments associated with depressing labor conditions. One Bangladeshi company is turning this widely-shared assumption on its head.

Living Blue was founded in 2005 as a social enterprise co-owned by Nijera Cottage and Village Industries and CARE Social Ventures, with the goal of empowering and training women and men in rural Bangladesh, letting them earn a decent income from the land instead of being forced to find work in the cities.

Since its launch, Living Blue has singlehandedly revived the production of the famous natural True Bengal indigo, becoming its greatest exporter.

There are 800 species of indigo; only 10 of these yield color. The highest quality of these, the indigofera tinctoria or ‘true indigo’, grows naturally in Bengal.

It ceased being cultivated as a natural dye for over a century, but farmers in northern Bangladesh continue to use indigo as a rotation crop, fertilising soil with its nitrates and valuable biomass. Not only was this superlative indigo growing wildly in abundance, but villagers are also highly skilled in hand-stitching ‘kantha’ quilts.

“In fact, our country has an incredibly rich history of textiles and weaving,” said Mishael Aziz Ahmad, Living Blue’s CEO to Ker-Mer at Maison d’Exceptions, the High Creativity Experimental Zone, at Première Vision.

In addition to cultivating indigo, Living Blue cultivated the talent of the local villagers, adding shibori, the Japanese art of tie-dying, and nuishibori, itajime and tsutsugaki to their skillsets.

“We’re not selling poverty, we’re selling skill. We focus on craftsmanship and producing works of the highest quality.” 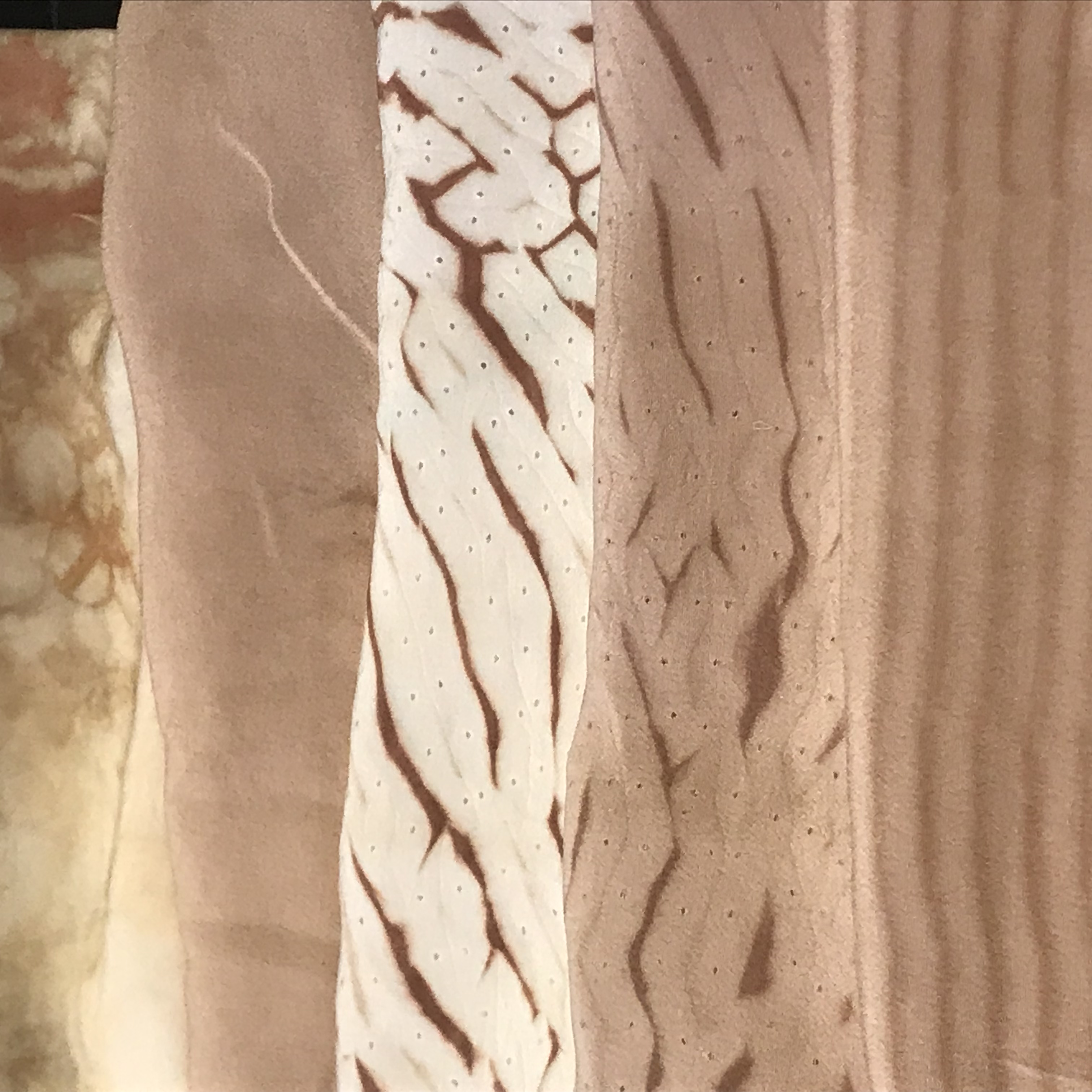 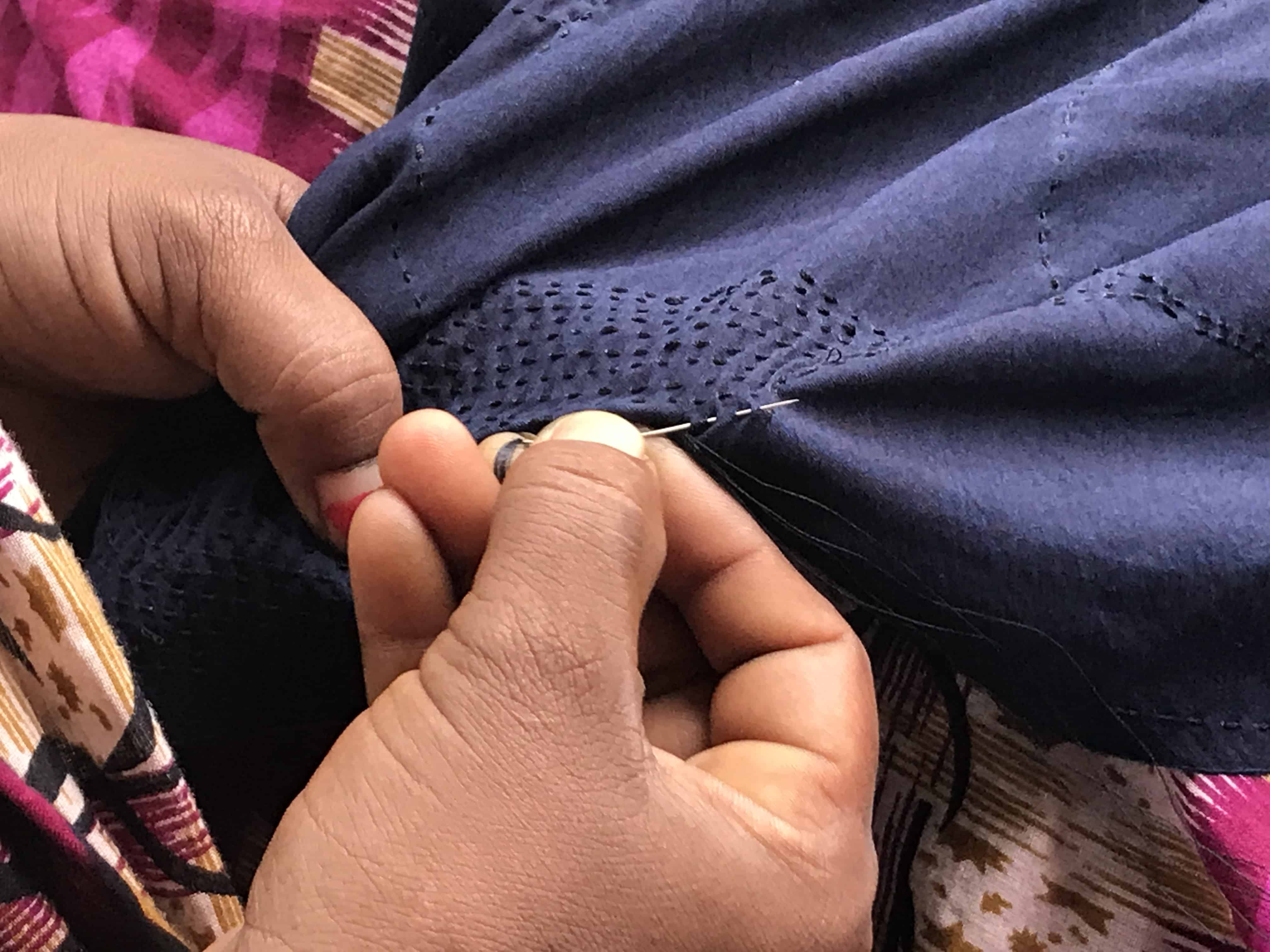 This has not gone unnoticed. In 2018, Living Blue exported one tonne of natural indigo to the US, the largest recorded export of indigo from Bangladesh since 1860. It began exhibiting its craftsmanship at professional salons.

“We participated in Greenshowroom, part of Berlin Fashion Week.”

The brand attracted the notice of Galleries Lafayette in Paris, who bought up a collection of quilts for its department stores. Other international buyers quickly came calling in the rush to source high quality natural dyes.

This creative collaboration “…was a magnificent exchange of ideas, knowledge, and technique,” says Ahmad.

“We have skill, know-how, technique, indigo production, sewing, shibori. She borrowed these, used her imagination and intellect to create something contemporary and ultra-modern and chic.” 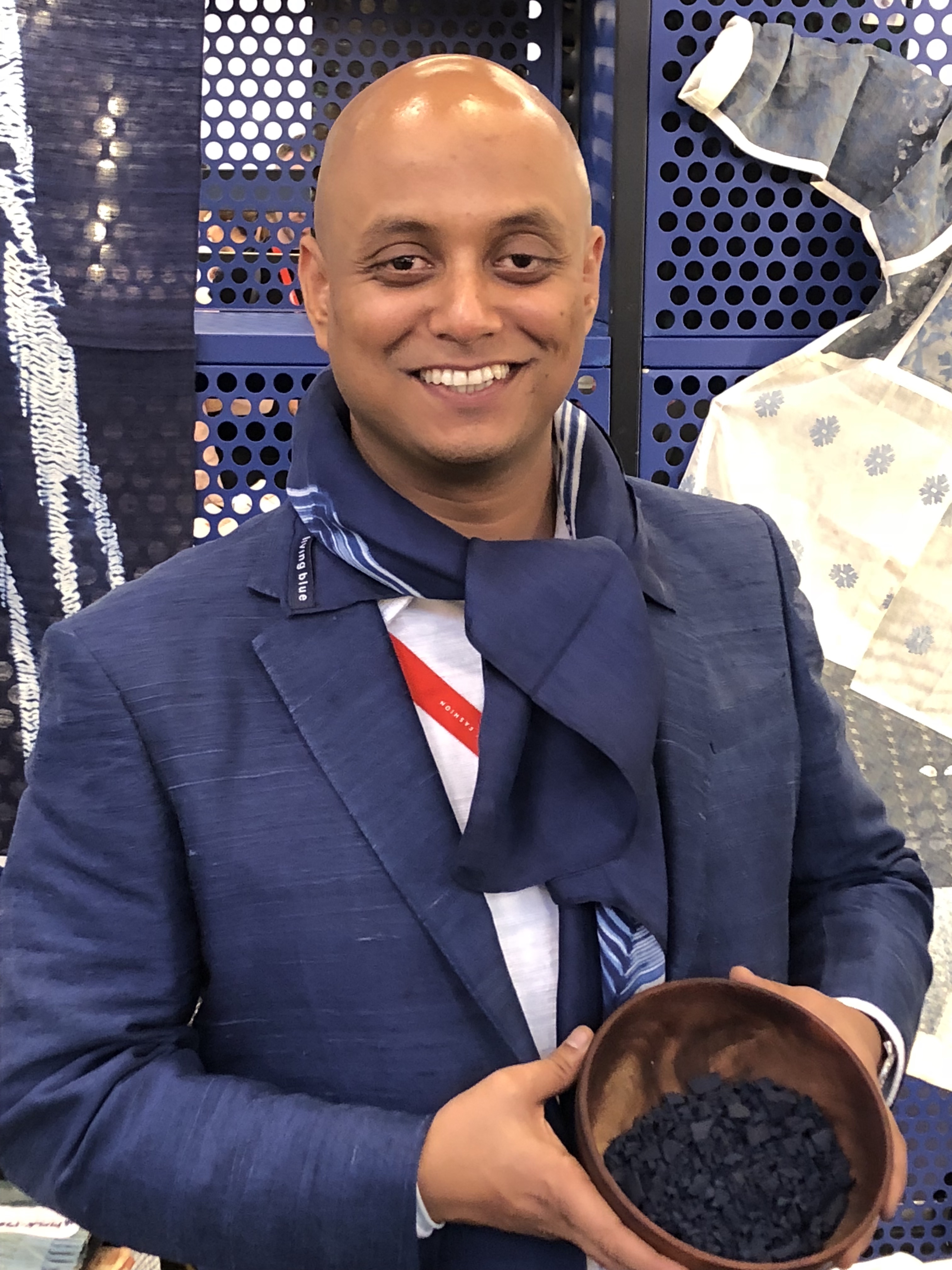 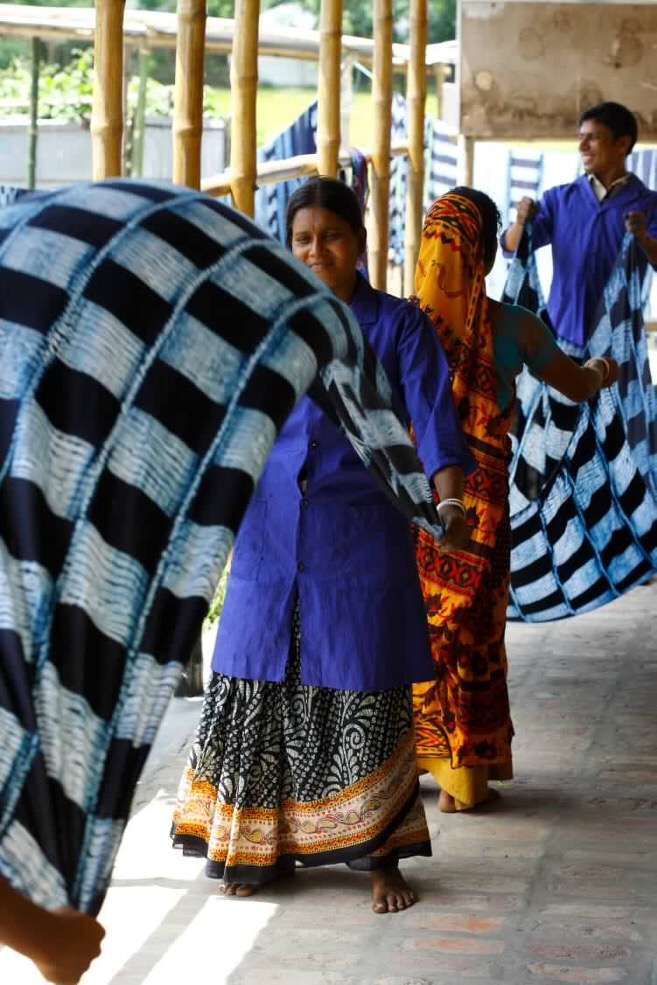 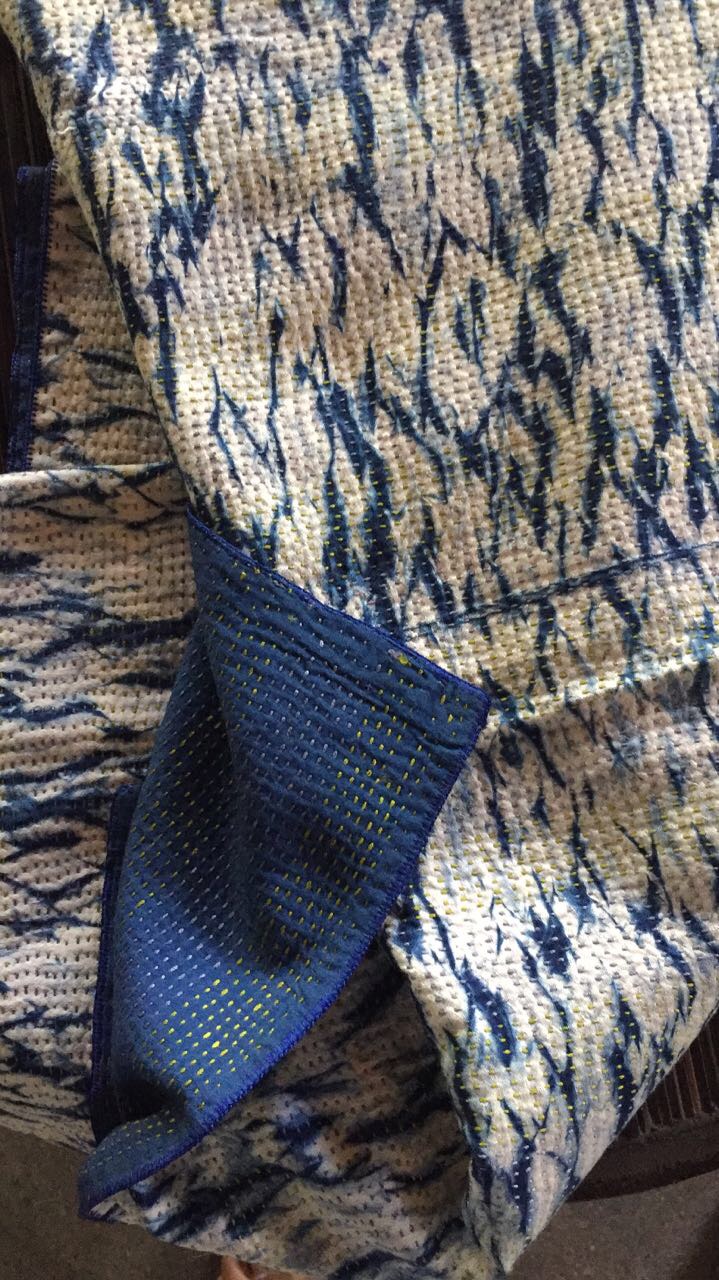 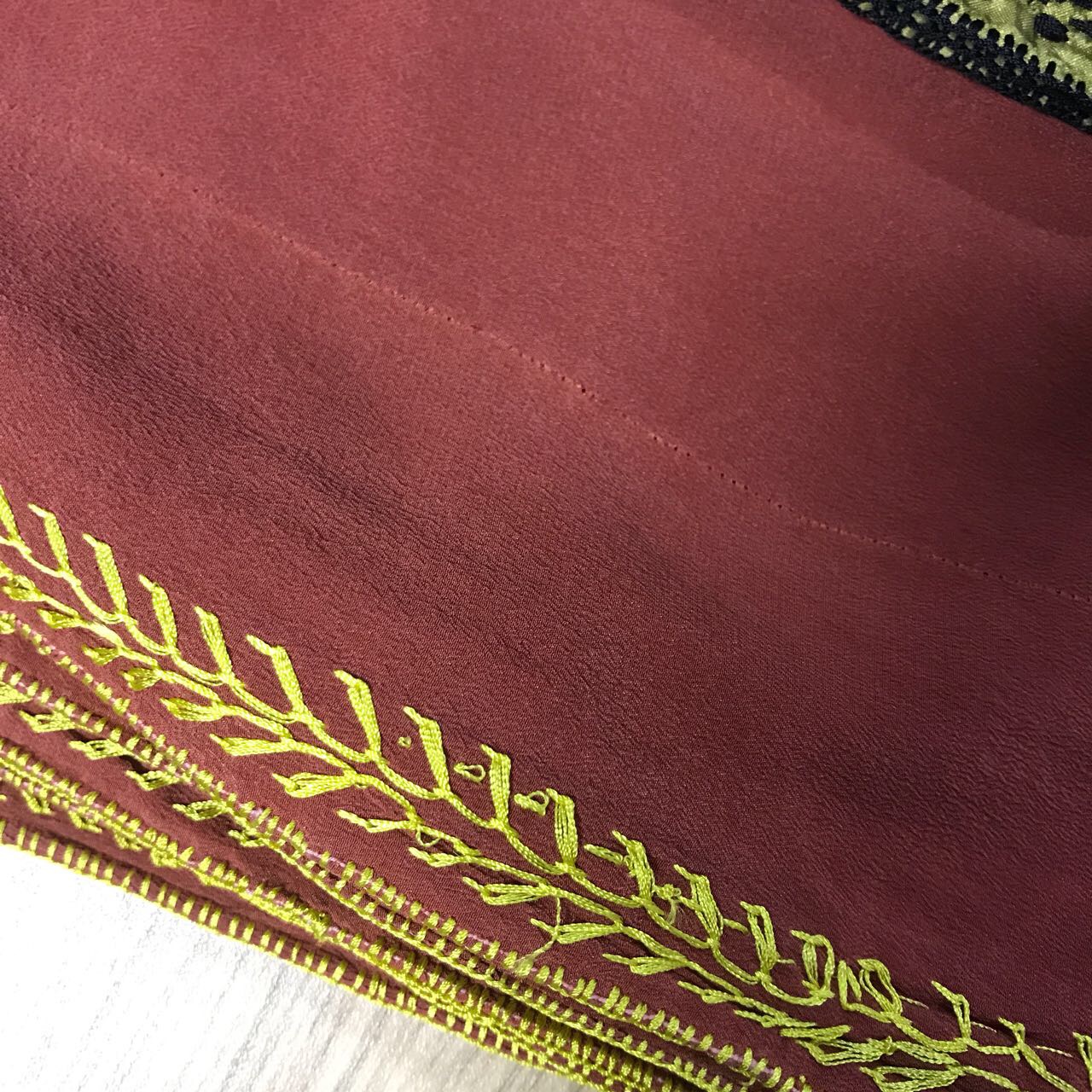 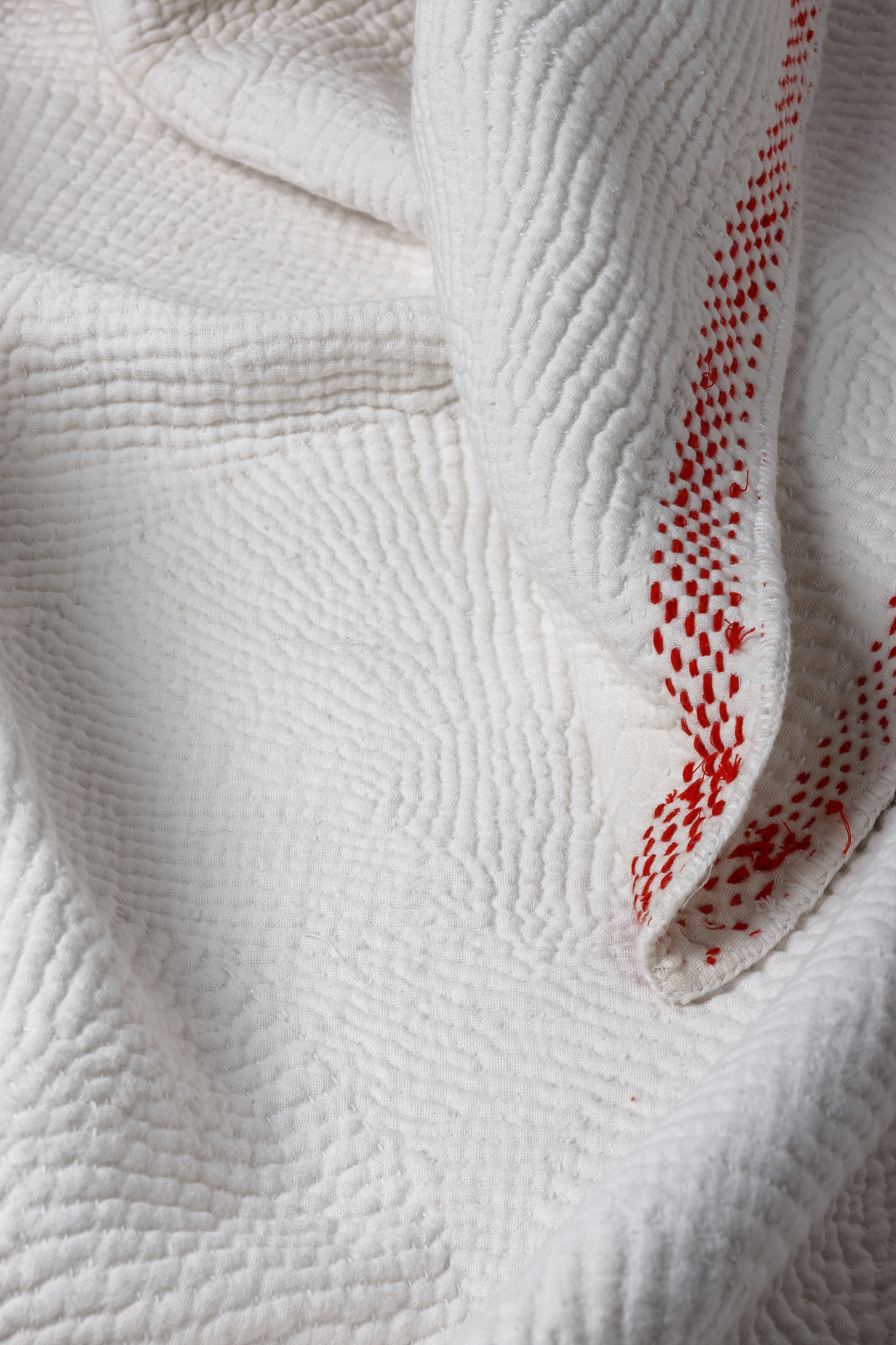 Loewe also came calling. One of the master-quilters, Sona Rani Roy’s “White on White-Moyur” quilt was shortlisted as one of the 26 finalists from 3,900 craft submissions for the 2017 Loewe Craft Prize.

In the fourteen years since its inception, Living Blue has revived natural indigo production, taken a whole rural region out of poverty, empowered a local community, and set its star on the international luxury fashion scene – true blue sky thinking.